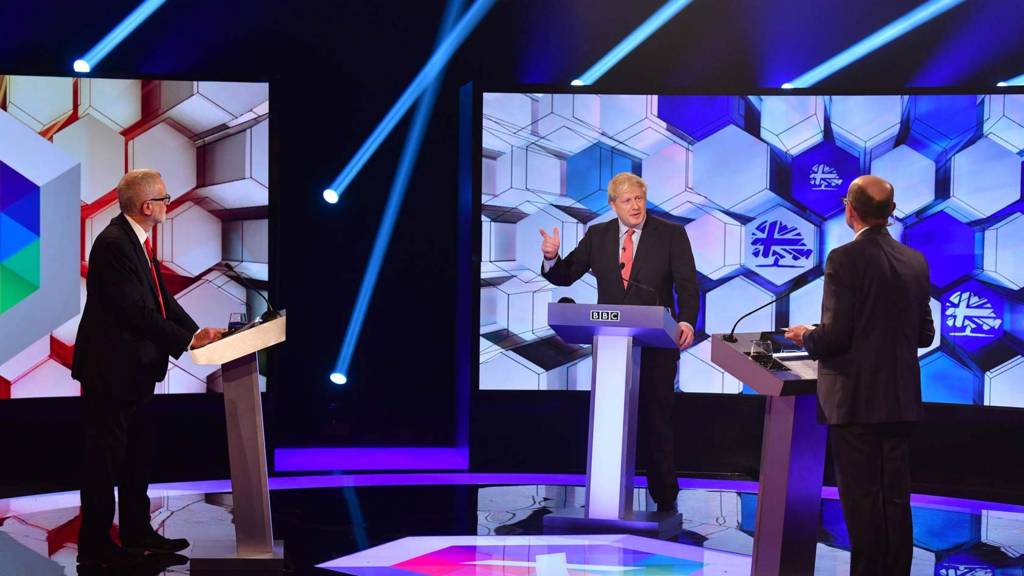 So we had three men on the stage at the Leaders Debate on Friday 6 December. A visiting Martian might think that 32 million UK women, 52% of the population don’t exist. At times the debate felt like we live in a “chumocracy” rather than a democracy. Politics is not just for old boys, the “girly swots” should be on the platform too!

Why was Jo Swinson leader of the Lib Dems not included? She leads a major political party and represents a large swathe of public opinion. Vince Cable tweeted:

Nicola Sturgeon leads the Scottish National Party. The SNP have considerable influence at Westminster. The BBC is the British Broadcasting Corporation and Scotland is part of Britain. Nicola Sturgeon should have been on the platform.

Finally what happened to Laura Kuenssberg? In July 2015 she succeeded Nick Robinson as political editor of BBC News. Why wasn’t she moderating the debate? Last time I listened Nick Robinson is a presenter on the BBC Today Programme.

Men continue to dominate the political media. Loughborough University has been monitoring coverage during this General Election. Their research reveals that 16 of the top 20 politicians most prominent in the media coverage of #GE2019 last week were men.

To coin a phrase used by Amber Rudd “There is a whiff of sexism“. Men dominated the media before the Brexit Referendum and they continue to gain more coverage. The BBC should ensure that women get their fair share of the media and at least have a presence on the political platform.

This Leaders Debate was a missed opportunity to ensure that women’s voices are also heard!